When you are fiercely angry or feeling joy beyond description, when you are at an impasse not knowing what to do, when you are in terror or running for your life, know that such intense states of mind are permeated with the spanda, the creative vibration of divine shakti.  Find her there. ~Spanda Karikas 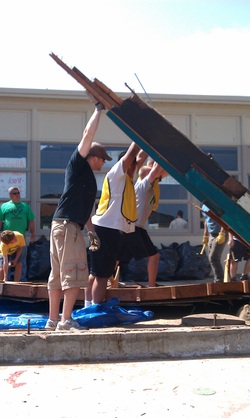 The words justice and yoga share the same root- ("yuj-" --> yoke; union).  To restore is to "stand up again" (as in making things upright when they have fallen over) when we have gotten out of alignment.

At its best, restorative justice creates a context in which we can be "with" each other - to understand what has happened, what it means, how we are now, and to share responsibility and power going forward by deciding together what we will do. Here, then, is a great possibility to restore community.
We are reframing justice this way. Coming together to make things right again, including through sharing our stories.

In a Restorative Circle we remember our capacity to recognize our shared humanity, responsibility,and power to decide together,  which is key to our response to harm and transforming the context in which it has happened.

True compassion is more than flinging a coin to a beggar; it is not haphazard and superficial. It            comes to see that an edifice that produces beggars needs restructuring. ~ Dr. Martin Luther King, Jr.

We're all making choices to act in ways that impact ourselves, others, all of creation. In a Restorative Process we have an opportunity to engage with all of that, to really see it, without labeling or fixed ideas about what we are supposed to do.  (In my view, forgiveness is possible, and likely useful, yet not central nor essential.) And when we do make decisions, they are informed by multiple perspectives, and so that much more likely to be effective strategies.

I see Restorative Justice as a yoga.  We are aham (One - the Absolute itself).  Could ahimsa (nonviolence) be how we live this consciousness?  I see Restorative Justice as a way to practice nonviolence in Life as we create it, knowing that even conflict is Alive.  Asking what conflict wants, my response is that conflict wants to spiral dance and create new forms of being together that work even better than before.

I think a restorative response to conflict creates conditions for that to happen. And it occurs in a paradigm distinct from the retributive paradigm that many (most?) of us here in what we now call the U.S. have inherited, since the arrival of Europeans.

Retributive Justice is looking for "pay back" to the king or other authority figure, so it asks:
• What rule/law has been broken? (The rules are externally referenced and based on ideas of right/wrong as set up by those with structural power)
• Who is wrong/to blame? (An "offender" is identified and convicted based on the rule that was broken.  The context in which he/she acted, including the acts of others, is of minimal importance.)
• What is the punishment? (The offender "pays his/her dues".  Both he/she and the society at large is forcibly educated and controlled through fear of consequences.)

Restorative Justice is looking for how people can "stand up again", so it asks:
• What happened?  (Everyone has a story. When people hear about what is meaningful to each other, there is opportunity for mutual understanding and seeing our common humanity.)
• What is the human reason that everyone involved did what they did, and what are people needing now? (Everyone involved has done something: "authored" an act, which some "received" directly and others, indirectly, as community members. Again, we see the story in multiple perspectives. Here there is opportunity for more understanding and for everyone's self-responsibility.)
• How do we harmonize these needs to make things right? (Here we balance power, making decisions together.  Now we have an opportunity to co-operate to restore community. What makes things right may include restitution, but most importantly it happens in a form that is meaningful to the people working it out.

Restorative process for addressing conflict,  while not a panacea for all of society's ills, has such potential, it is an option worth considering.  There are a number of practices that we can use to engage with these questions. For a beginning and informal idea, see  Restorative Response to Conflict.

Restorative Justice has roots in practices of First Nation peoples. Modernly, Kay Pranis has done work with these peacekeeping circles. A seminal work for the modern movement is Howard Zehr's book Changing Lenses. (He's considered the grandfather of the modern Restorative Justice movement.) For links to more information on how Restorative Practices are being used today in a variety of contexts, including with "bullying" and even in very challenging criminal contexts, see the Resources page.